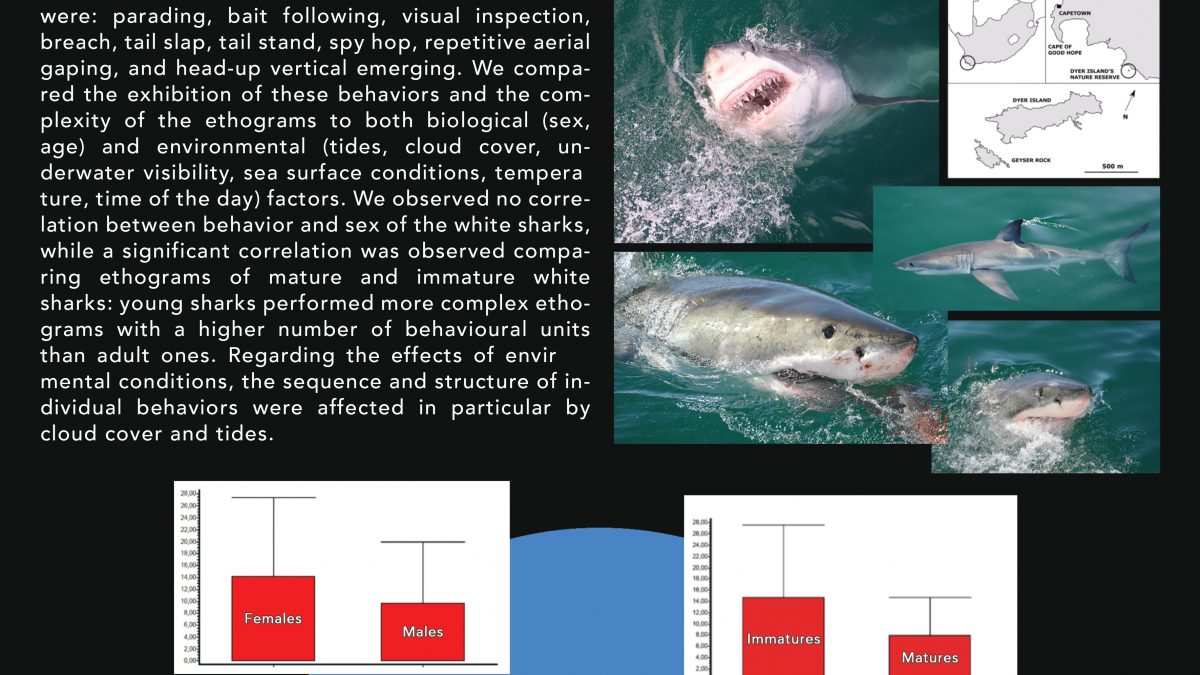 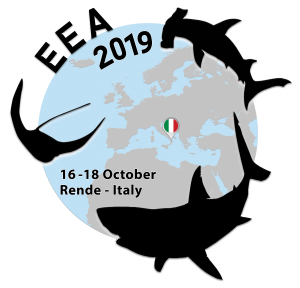 From 2005 to 2018 the individual surface behaviour of bait-attracted white sharks during ecotourism activites has been studied off Dyer Island Nature Reserve (South Africa). Observations were made from a commercial cage-diving boat both by observers and by a drone. A total of 235 white sharks has been identified. The individual behavioural units observed were: parading, bait following, visual inspection, breach, tail slap, tail stand, spy hop, repetitive aerial gaping, and head-up vertical emerging. We compared the exhibition of these behaviors and the complexity of the ethograms to both biological (sex, age) and environmental (tides, cloud cover, underwater visibility, sea surface conditions, temperature, time of the day) factors. We observed no correlation between behavior and sex of the white sharks, while a significant correlation was observed comparing ethograms of mature and immature white sharks: young sharks performed more complex ethograms with a higher number of behavioural units than adult ones. Regarding the effects of environmental conditions, the sequence and structure of individual behaviors were affected in particular by cloud cover and tides.