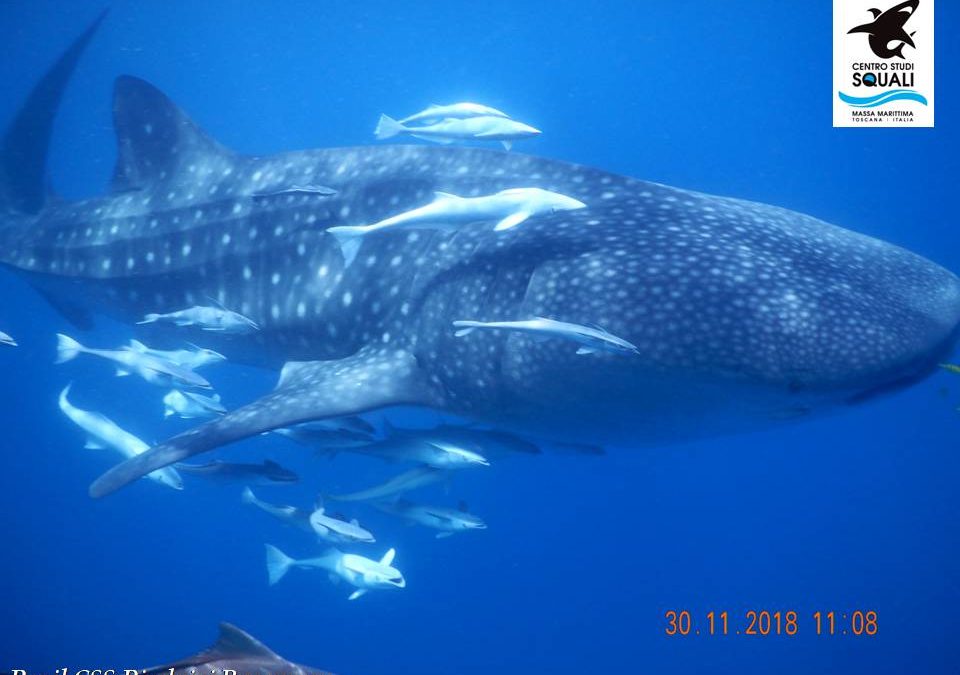 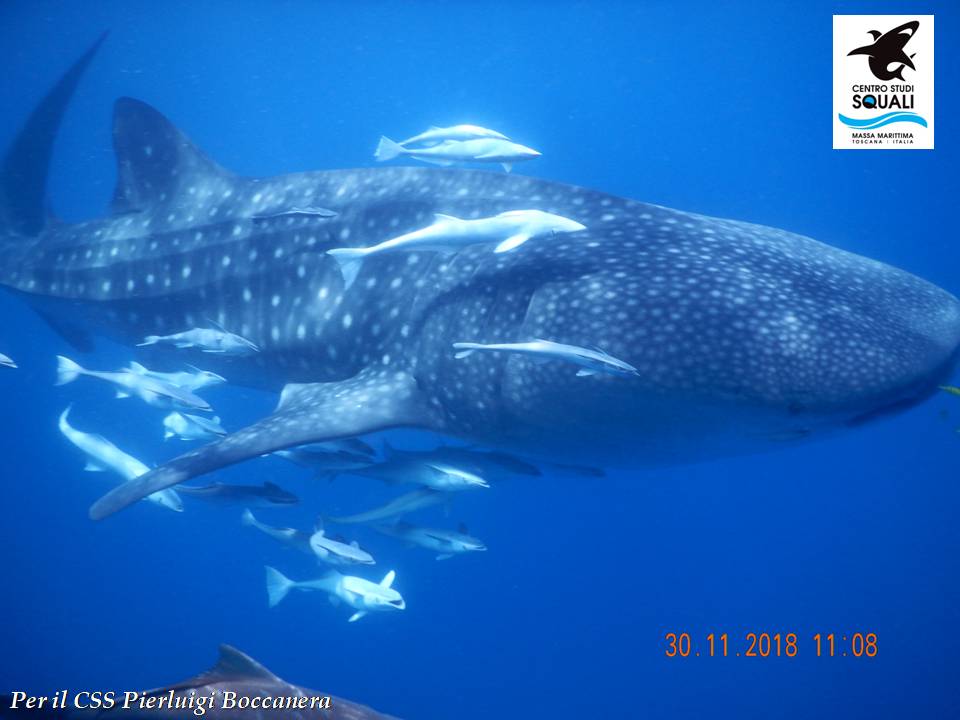 In January 2020, the II° scientific expedition took place, after that of 2017, organized by Sharks Studies Center of Massa Marittima. 11 people attended, including CSS Staff who contributed by proceeding with the data collection finalized in this expedition to the examination and identification of new specimen, as well as recording videos on the behavioral patterns of single specimens. The Group operated in an area other than that of 2017, when the activities they were concentrated in Ras Korali always in the Gulf of Tadjoura. The Gulf of Goubet was the area of study, as the population of whale sharks that frequents the coast of Djibouti has moved for foraging activities in this new area (pers. com. “Elegant” Gulet owner Scarpellini C), for reasons not investigated and unknown. Daily, 2 groups with the 2 Zodiacs available to the Elegant, they simultaneously scoured the innermost area of ​​the gulf with 2/3 daily trips of about 3 hours in total for 5 days, for a total of about 40 hours of observations (even during rest activities on the boat were spotted near it, later identified specimens of whale shark). They were 6, the specimens identified and different from those identified in 2017, identified with the Digital program in use at CSS and they will also be compared with those identified in Madagascar. The specimens, mainly male, had dimensions between 2.5m and 4m, another pair of specimen were also identified, but not photographically identified, one of which approximately 5m and the other very small, no more than 1 meter, not then inserted in the DB.
Of particular interest is the observation of a couple of specimens equipped with a satellite probe applied by PhD student Boldrocchi of the University of Insubria as part of her Ph.D. The behavior of the same pair of sharks, both males of about: 2,5m Cub (nickname indicated by the CSS Team) and 4,0m Alpha, that have been observed 4 times on 5 together in the same area, localised with GPS coordinates, in foraging activities, in different moments from the observations of the other 4 specimen, apparently more solitary sharks. During the expedition the Team also made 3 scuba dives, recorded videos, aimed to monitor the state of the seabed and in particular of the areas with coral reef.

In total, the total number of animals identified by the CSS rises to 14 between 2017 and 2020 in 2 Expeditions for the Djibouti area which are added to the 76 Whale Sharks identified between 2017 and 2019 in Madagascar in Nosybe as part of the Project: “Whale Shark Ecology” which in addition to CSS, it also involves the University of Calabria and Siena, ISPRA of Livorno and the University Federico II of Naples and Anton dorhn Zoological Station. In the CSS DB active since 2016, in overall they are identified and cataloged with progressive number and origin (MG – DJ) and for which feeding behaviours are also indicated, 90 different specimens of whale shark (Rhincodon typus).