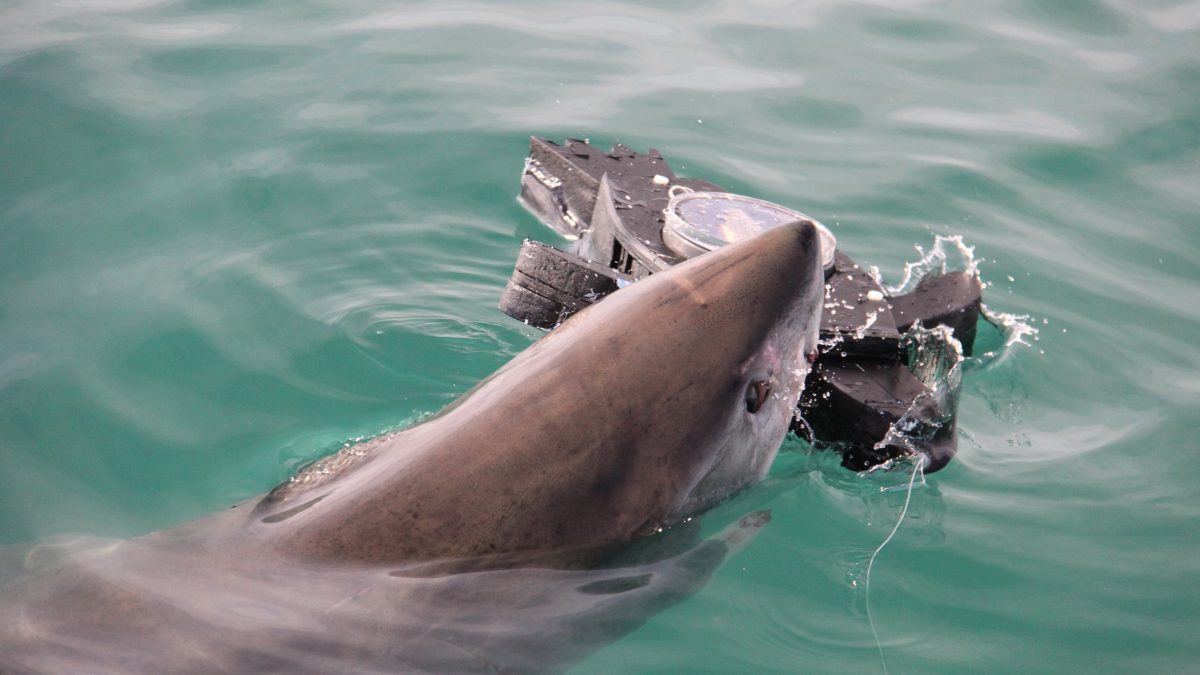 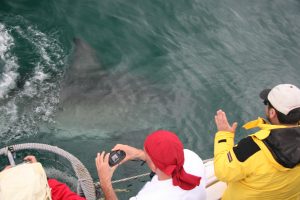 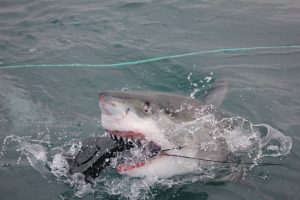 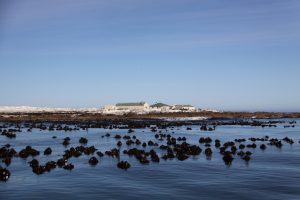 Abstract: Between the years 2008 and 2013, six annual research expeditions were carried out at DyerIsland (Gansbaai, South Africa) to study the surface behaviour of white sharks in the presence oftwo passive prey: tuna bait and a seal-shaped decoy. Sightings were performed from a commercialcage-diving boat over 247 h; 250 different white sharks, with a mean total length (TL) of 308 cm, wereobserved. Of these, 166 performed at least one or more interactions, for a total of 240 interactions withbait and the seal-shaped decoy. In Gansbaai, there is a population of transient white sharks consistingmainly of immature specimens throughout the year. Both mature and immature sharks preferred toprey on the seal-shaped decoy, probably due to the dietary shift that occurs in white sharks whoseTL varies between 200 cm and 340 cm. As it is widely confirmed that white sharks change their dietfrom a predominantly piscivorous juvenile diet to a mature marine mammalian diet, it is possible thatGansbaai may be a hunting training area and that sharks show a discriminate food choice, a strategythat was adopted by the majority of specimens thanks to their ability to visualize energetically richerprey, after having been attracted by the odorous source represented by the tuna bait.